It's been almost ten months since I quit my day job in Financial Services to work full time on my start-up.

We've been working hard and having a lot of fun while also picking up some valuable lessons along the way.

Last November we stopped working on our first product (Task Messenger) to concentrate on Fund Recs.


1. Getting started is hard 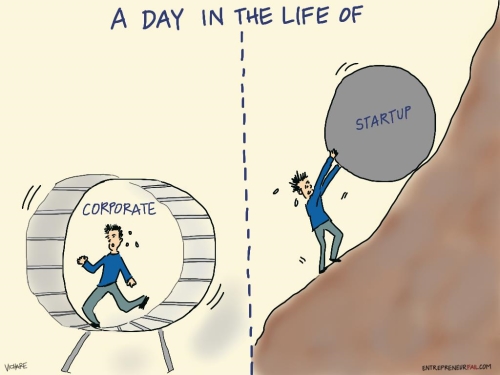 When I quit work to go full time on my start-up last August there was a lot of hard work, stress and worry leading up to that point.

Both myself and fellow co-founder Padraig had been working evenings and weekends for 18 months in order to get Task Messenger live and at that point up to 500 users.

Add in a full time job, a new baby and time to work on our start-up was scarce.

It often meant working from 10pm when everyone had gone to bed to some times 2 or 3 in the morning and then getting up at 7am to do a full day's work in my day job.

At times it put a strain on home life and I was struggling to be present at home when my mind was flooding with ideas and tasks that I needed to do. I think I'm getting better at this but keeping things in balance is still a work in progress.

Having a steady job with regular salary was like a drug.

Over time I became more and more dependent on that monthly cheque to cover the bills. By the time I was leaving they included a new mortgage, loans and supporting a family with little in the way of savings to cover myself if things didn't work out.

Start-ups are really hard and at this point we hadn't even started.

The case for quitting work to focus on a start-up that was bringing in zero revenue was a weak one and it took a lot of soul searching and convincing to finally do it. 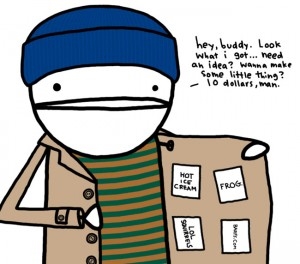 Ideas have no value.

Value is created when an idea is executed and somebody derives value from it.

I remember us worrying about somebody 'stealing our idea' at the beginning. After a year of trying to get people pay attention you'll find yourself saying 'go ahead and give it a try, good luck because this is bloody hard work'.

The other funny thing about ideas is that they evolve and become better when you share them with people, especially people in your target market.

Avoid asking anyone to sign an NDA in order to tell them about your idea. Not only is it pointless any decent investor will run a mile from you. I'm generally anti-NDA and while I'm happy to sign one I've never asked anyone to sign one for us.

We're a start-up on a limited budget; I'm not going to spend money suing somebody for disclosing information on us to a third party. Things change so fast what I told you last week is probably irrelevant to where we are heading now.

I find it a lot easier and productive to default to a 'trust first policy' in business than being cagey.

It allows you move much faster when speed is important and while I might get burned at some point in the future it's worked out well so far.

Value is created when an idea is executed and somebody derives value from it.

3. Some days you're an imposter, some not 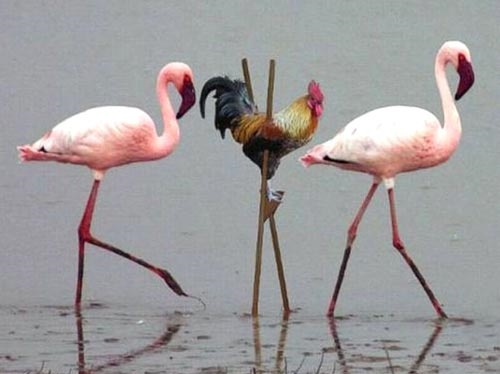 Imposter syndrome is a well-known condition in the entrepreneur community and I've yet to come across a cure.

It's a feeling you get of self-doubt that you're not cut out for this start-up ride and that you haven't got what it takes.

In a way it's quite similar to the self-doubt you sometimes hear elite athletes talk about. You start to doubt your abilities and start asking yourself 'what the hell am I doing'.

Physically for me my stomach knots up and it's often accompanied by sweaty palms.

Not a nice feeling.

It can make it hard to get out of bed which isn't helpful when there's a million things to be done!

I'd say I have had 'imposter days' on average about 2 or 3 days a month since last August. 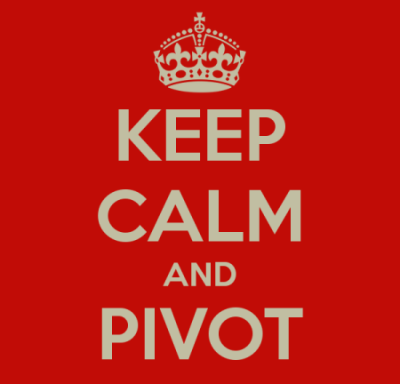 We made the classic mistake with Task Messenger of building a product and then looking for a market to sell it to.

This rarely works out well unless you luck out - we didn't.

By last November we'd 1,300 users using Task Messenger for free and were getting zero inquiries about the paid version.

At the same time a friend asked us to pitch building their Fund Administration company a new Reconciliation System.

We spec'd out the solution, built a demo and went through several meetings.

Having a large company approach us looking to pay a decent chunk of change was a lot more interesting than trying to flog collaboration software for five dollars a month.

By December we'd decided to completely change direction and focus solely on Fund Recs - reconciliation software for the Funds Industry.

You could call this a 'pivot' but a pivot could have been changing any of the elements of our business model such as targeting business clients instead of consumers. We instead changed problem, solution, target market and channels with team the only thing remaining intact.

It was a big change of direction, especially when we were in the middle of a programme where we'd been selected to work on Task Messenger.

Our experience in the Funds Industry helped and I'd learned a lot during the first three months of New Frontiers that helped convince me this was the right thing to do.

Thankfully things are working out well and we signed our first client in January, were awarded High Potential Start-up status by Enterprise Ireland in February and currently have some big name clients trialling our software. Big news on that front to follow shortly.

My advice would be focus on what you're trying to validate and if you discover it's not a viable business then move on. There are tons of opportunities out there, don't waste time working on the wrong one. 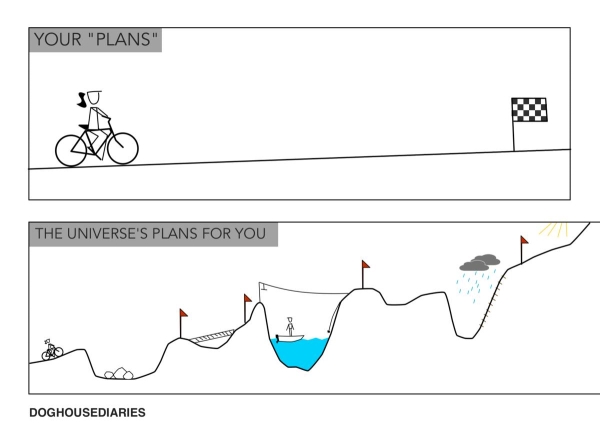 Succeeding in start-ups can be as simple as not giving up.

Most start-ups fail not because they ran out of cash or they were crushed by competitors. They fail because the founders give up.

There were many points on our journey where it would have been easier to quit than continue.

While we have a long way to go before I'd consider us successful each little milestone we've hit can be put down to one thing - not quitting.

When we first started with Task Messenger we began building our prototype in Flash. After 5 months of development in our spare time we realised that Flash was dead. We binned what we had and searched for a new web framework. We settled on Grails, something Padraig had no experience of. Having a Java background helped but he still had to teach himself Grails from scratch. We didn't quit.

We tried and failed to get onto a number of start-up accelerators/incubators in our home town of Dublin, Ireland.

We applied to NDRC Launchpad twice with Task Messenger and were turned down. In total we also submitted three applications to the Enterprise Ireland Competitive Start Fund (CSF) for Task Messenger before we were successful on our fourth try with Fund Recs. We also got turned down by Wayra and DCU Ryan Academy along the way. Even with New Frontiers we originally did phase 1 and failed to secure a place on phase 2. We applied again the next time for phase 2 and got accepted. We didn't quit.

Padraig was churning out features for Task Messenger and we were rapidly experimenting with target markets. By October the writing was on the wall that as a freemium product we weren't getting enough users and had no budget to acquire them. Luckily the opportunity for Fund Recs came up and we decided to pivot before we burned the last of our runway flogging a dead horse. We didn't quit.

Even in our case we've never had to struggle for long periods.

I expect us to have to seriously go to the well at some stage but once we stick together as a team and don't quit we'll be fine.


6. Taking the plunge is scary until you do it 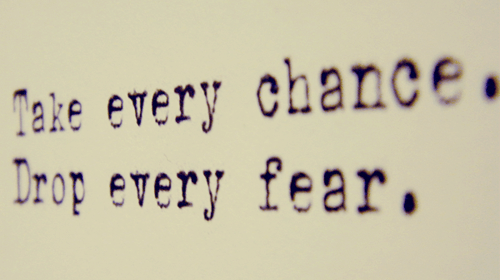 Once I had quit my perspective completely changed. All the fear, stress and worry building up to quitting work and backing ourselves disappeared.

I experienced a strange mix of emotions. Literally in the same day I'd go from the elation of finally making it happen to 'Oh shit - if I don't deliver we're going to fail and it'll all be my fault'.

Just before I left work we met John Egan of Sandbox for a coffee to ask him how other entrepreneurs he'd come across who had jobs managed the transition. The main point I remember him saying was anyone who'd taken the plunge had regretted not doing it sooner. I felt the same way when I quit.

It's also important to mention that when I quit I'd been offered a place on DIT Hothouse's New Frontiers programme. Part of that included a scholarship of 15,000 euro for six months paid monthly as a salary replacement.

The deal at home was I'd give it my best shot for 4 months and if we weren't getting anywhere I'd apply for a job towards the end of the 6 months and go back to working in Fund Administration. Avoiding that scenario was a great motivator!

It's easy to come up with excuses for not giving something a go but the number one thing stopping you from getting started is probably you, whether or not you're willing to admit it to yourself. There's tons of early funding in Dublin right now to de-risk the transition and better again if you can get clients to start paying you before you jump ship.

Successful entrepreneurs are no different to you and me. They've found a way to get started, improved along the way and kept persevering until they were successful.